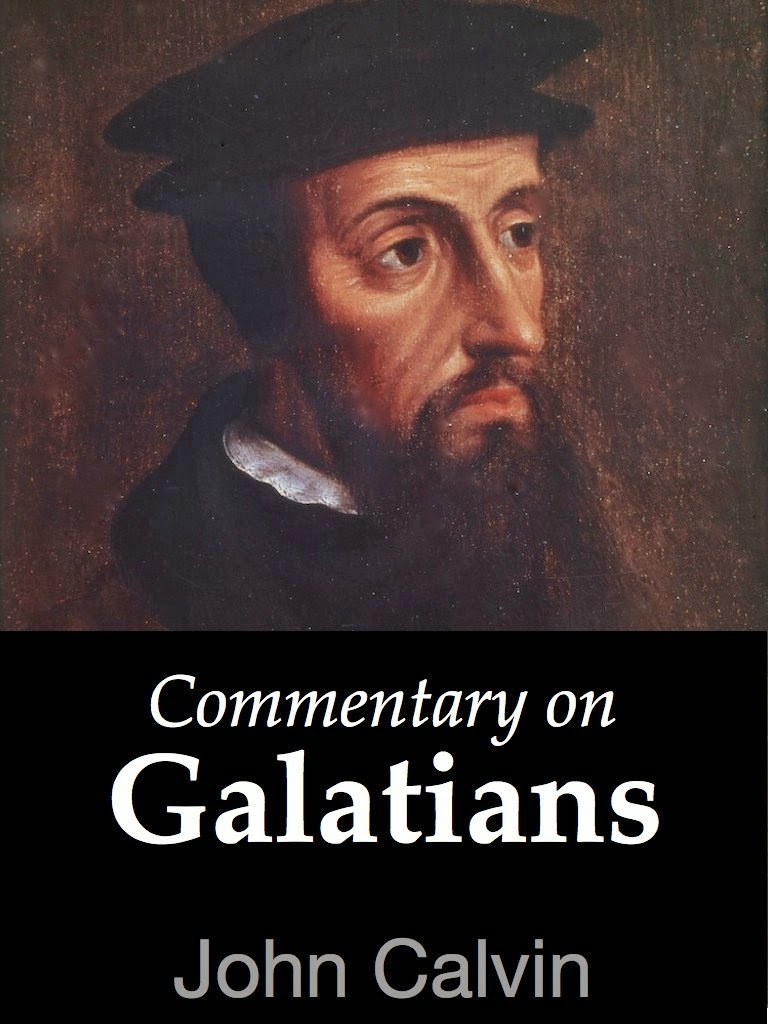 I very much enjoyed Calvin's commentary on Galatians. It is nothing less than fascinating to read a commentary on Galatians from the perspective of the 16th century by the great Protestant Reformer. For the most part, I found myself in agreement with Calvin, especially in the former parts of the letter (ch. 1-4); however, less so in the latter parts (ch. 5-6). Both Luther and Calvin were doing the best they could within the situation they lived, and they really did marvelously and should be commended. But they set the precedent in Protestantism--a precedent that has prevailed for five centuries--of misunderstanding Biblical assurance, repentance, flesh and Spirit, and what it means to take up one's cross and follow Jesus.

For Luther, Calvin and the commentators that have followed them, Paul combats the error of legalism and preaches the pure gospel of righteousness through faith alone until chapter 5 verse 13, at which point it is thought he takes a sharp turn and begins warning the Galatians about another error that can arise due to the gospel of grace: i.e. living sinfully because you are saved by grace (often called "license"). Paul, it is said, changes direction. Chapters 5-6 are no longer addressing legalism but license, and Christians need to watch out that they don't live sinfully lest they also forfeit salvation that way. To remain consistent with the gospel of grace, this is explained to mean that if you live sinfully it proves that you are not really a believer. Thus chapters 5-6 are about assurance: the evidence of salvation, which is a holy life.

It is unfortunate that Luther, Calvin, and so many commentators since them, failed to see that Paul was saying nothing of the sort. He wasn't turning to an altogether different error in chapter 5-6 than the one he had been dealing with beforehand. The entire book of Galatians is about legalism, and chapters 5-6 are no exception. Chapters 5-6 constitute the essential ethical argument for righteousness through faith alone against the false doctrine of righteousness through law. Paul is showing how walking by the Spirit (which means walking with your mind on the things of the Spirit--Romans 8:5--which things are Christ and the new creation--Colossians 3:1-4) actually produces a holy life, and that walking by the flesh (which means walking with your mind on the old creation--human effort attempting to fulfill the law for righteousness) is what produces the vile works of the flesh, which even the Galatians want to avoid. Paul hasn't changed direction at all.

It is such a shame that assurance of salvation has been sought for in our own selves and by the measure of our holy living, because this practically undercuts the power of the gospel to set us free from introspection and to give us joy and peace in the freedom of God's grace--the very thing that produces good works! Assurance, the apostle John tells us, comes only from faith in Jesus Christ, not from the holiness of our lives as is so commonly taught. Assurance is desperately needed by Christians in order to do any good works at all, for our assurance doesn't come from our works, but our works come from our assurance. And yet the very thing we need in order to do good works (assurance) is the very thing that so many tell us depends upon the doing of good works. And ironically, it is actually by evaluating our own good works that assurance is taken from us--and thus joy and peace are taken away, and consequently the doing of good works. Thus the secret of good works which Paul desires for us to see and experience in chapters 5-6 is completely nullified. This is what Christians have historically failed to understand.

Luther and Calvin definitely understood the gospel, and as a consequence of their preaching millions of people have been objectively set free and brought to salvation. But by their common oversights, these same Christians who have been saved because of their preaching have also been gripped by subjective bondage to the doctrine of assurance of salvation by works. We are left with a Church that is going to heaven, but that is struggling unnecessarily on the way there, and is being robbed of its joy, peace and power.

May the Church arrive at a true understanding of the book of Galatians, the doctrine of assurance, and the secret of good works.

John Calvin was a false prophet of the masonic order called to divide God's people and rob God of his glory. Read What Love is This? by Kari Jobe.

People who believe in John Calvin ought to read What Love Is This?: Calvinism's Misrepresentation of God by Dave Hunt

I strongly disagree with you and would urge you to reconsider your uneducated views on Calvin. Dave Hunt is not a reliable source for understanding Calvinism.

Blessings to you,
-Eli