David Hume and the Problem of Evil 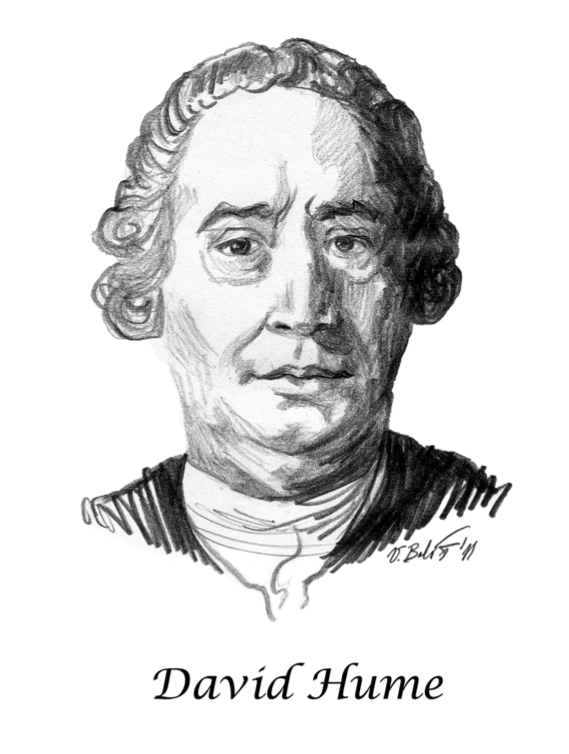 The problem of evil is one of the most famous and enduring problems in the philosophy of religion. Simply stated: if God is all good and all powerful, how can He allow evil and suffering to exist in the world? God’s allowance of evil and suffering does not seem to make sense in the light of human experience and human conceptions of goodness and justice. For many people this problem provides sufficient grounds for them to reject belief in God altogether, or at the very least to confess that while there may be a God, He is not really worth believing in. These conclusions, however, were not advocated by the eminent 18th century philosopher, David Hume.

In chapter ten of his book Dialogues Concerning Natural Religion, David Hume discusses the problem of evil. Using three fictional characters—Demea, Cleanthes and Philo—who are debating the problem the evil, Hume indeed seeks to show that one cannot demonstrate that God is all good and all powerful using human experience and human understanding alone. That is, based upon the common conceptions of goodness and benevolence derived from human experience, an all good and all powerful God cannot be reconciled with the fact of suffering in the world. His conclusion is as follows: “There is no view of human life, or of the condition of mankind, from which, without the greatest violence, we can infer the moral attributes, or learn that infinite benevolence, conjoined with infinite power and infinite wisdom.”

However, it is crucial to understand what Hume is arguing. Hume is not arguing that God isn't all good and all powerful, but only that we cannot infer this from the common human way of thinking. Earlier he stated: “Nothing can shake the solidity of this reasoning… except we assert, that these subjects exceed all human capacity, and that our common measures of truth and falsehood are not applicable to them.” In the dialogue, Philo is arguing against Cleanthes who insists that God’s ways are commensurate to the ways of human beings. Cleanthes’s reasoning is as follows: just as human beings are benevolent, so God is benevolent. Just as human beings are just, so God is just. By learning about benevolence, justice and mercy from human experience, we learn about God’s benevolence, justice and mercy also. Philo reprimands Cleanthes’s anthropomorphizing of God: “Is it possible, Cleanthes, that after all these reflections, and infinitely more, you can still persevere in your Anthropomorphism, and assert the moral attributes of the Deity, his justice, benevolence, mercy, and rectitude, to be of the same nature with these virtues in human creatures?” This is Hume’s central point, and it is not an argument against the existence or worthiness of God. This is, rather, a challenge to consider that God’s ways are not our ways, and that His thoughts are not our thoughts (cf. Is. 55:8).

The problem of evil provides no grounds for disbelief in God, nor grounds for dismissing God as unworthy of our trust. The evil and suffering that exist in the world may indeed demonstrate that God is not what human beings conceive as good and just, but this is no way rules out the possibility that God’s goodness and justice are infinitely broader, longer, higher and deeper than anything human beings have become accustomed to—so much so that they have difficultly recognizing the resemblance. Humans may very well need to reevaluate their own conceptions of goodness and justice in the light of the revelation of God’s goodness and justice.

According to the Bible, God’s justice is in fact far more acute than human justice, in that eternal punishment is disclosed to be the just deserts for sins humans collectively deem insignificant. The sublime sacrifice of Christ is proclaimed to be the only way in which all of humanity’s sins could be justly atoned for and God’s vengeance against them propitiated, although human beings never themselves feel the necessity for such measures in their own relations. Furthermore, God’s love toward mankind is demonstrated in a highly unusual manner, as the apostle Paul declared: “For one will hardly die for a righteous man; though perhaps for a good man someone would dare even to die. But God demonstrates His own love toward us, in that while we were yet sinners, Christ died for us.” (Romans 5:7-8) Given the nature of God compared to that of man, it is highly inappropriate to think that God is unjust or unloving simply because He does not conform to human conceptions of goodness and justice. It is instead humans who need to confess their own deficient understanding and reevaluate their conceptions of goodness and justice in view of the revelation of the works of God.

When human beings fail to consider this last option, they only show that the problem is not really with God, but with them.
Posted by Eli at 5:41 PM No comments: