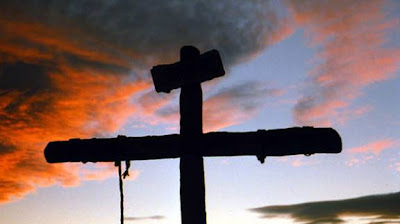 "Forasmuch as ye know that ye were not redeemed with corruptible things, as silver and gold, from your vain conversation received by tradition from your fathers; But with the precious blood of Christ, as of a lamb without blemish and without spot." - 1 Peter 1:18-19

When you hear the term "cheap grace", what do you think of? Easy-believism? Using the grace of God as a license to sin? Antinomianism? The term "cheap grace" was first coined by the young German theologian Dietrich Bonhoeffer in 1937 in his book, The Cost of Discipleship, and since then it has been a commonly used phrase to describe the type of preaching that promises forgiveness of sins without the requirement of a changed life. This, however, was not what Bonhoeffer was saying, who criticized the promise of grace without the consequence of a changed life. He might better have called it "abused grace" or "vain grace" rather than "cheap grace", which does not accurately represent the true meaning of the term. While the misuse of grace pertains to the consequences and effects of the grace of God in a person's life (what happens "after" grace is come), the cost of grace pertains to the price and requirement of obtaining grace in a person's life (what must happen "before" grace comes).

If there is one thing we learn throughout all the Scriptures, it is that THE PRICE OF OUR SALVATION IS EXCEEDINGLY PRECIOUS. The Psalmist, in the 49th psalm, calls our attention to the fact that gold and silver cannot redeem our souls from the grave; that Death, the great wages of sin, ceases not to swallow up all the 'sons of Adam' without distinction, whether rich or poor, wise or foolish; all die, and there is no means found (even religious) to reverse this. Men are perishing, and what solution can be offered by them? "None of them can by any means redeem his brother, nor give to God a ransom for him." (v. 7) To sin against God is so atrocious, and the penalty so demanding, that no earthly riches, carnal wisdom or deficient morality is sufficient to make restitution for the cosmic damage that has been done. What could possibly be given to make right all the wrongs committed against God, past, present and future? Precious indeed is the redemption of the soul... [too heavy, valuable, rare] for any man to recompense.

No doubt the Apostle Peter had this very Psalm in mind when he wrote that glorious truth of our redemption in Christ: "Forasmuch as ye know that ye were not redeemed with corruptible things, as silver and gold, from your vain conversation received by tradition from your fathers; But with the precious blood of Christ, as of a lamb without blemish and without spot." (1 Peter 1:18-19) Here is the answer to the Psalmist's question, and here is the fulfillment of the Psalmist's hope: "But GOD will redeem my soul from the power of the grave." (v. 15) But God! What man cannot do, God will do. What is impossible with man is possible with God that, through Christ, God may be glorified. There is absolutely nothing in all the world nor of all that exists that could ransom man from the curse which he had brought himself under but the ransom of the perfect, spotless, sinless blood of the eternal Son of God. "For there is one God, and one mediator between God and men, the man Christ Jesus; Who gave himself a ransom for all." (1 Timothy 2:6) Only an infinitely Divine sacrifice could satisfy an infinitely Divine justice. Divine anger requires Divine pacification. Divine wrath requires a Divine object. Divine love requires Divine lavishing. All these find their end in nothing but the sweet smelling offering of the eternal Lamb of God.

It is because of the price that God Himself paid that we can be offered the free gift of God's grace. The forgiveness of sins is freely given to us, not because it has no value, nor because it is cheaply given, but because Jesus Christ already paid the price of redemption. As a man who buys an expensive necklace to give to his wife freely, so God shed His precious blood to give to men eternal salvation. Free grace, yes! Yet infinitely costly! "Being justified freely by his grace through the redemption that is in Christ Jesus." (Romans 3:24)

Those modern Pharisees who accuse Christians of preaching "cheap grace" because they believe "that a man is justified by faith without the deeds of the law" (Romans 3:28) claim that by simply believing in Jesus Christ for salvation Christians cheapen the grace of God and make it's value trivial. "It's too easy to be saved;", they presume, "Too inexpensive." "You must be a good person!" "You must offer to God good works!" "You must be worthy to receive grace!" By excluding the necessity of good works for justification, and by not preaching that men must stop their sins as a requirement for salvation, Christians are accused of making the law void and opening the doors for licentious lawless behavior. These are the very same accusations which were brought against the Apostle Paul for preaching the gospel of free grace in the 1st century and they are no less lies today than when they were first uttered nearly two thousand years ago.

Christians believe in justification by faith without the necessity of works because they know that the price of redemption has already been paid. They believe that there is no moral requirement that they must meet in order to receive grace because they know the cost of grace is so infinitely above their ability to recompense. As Isaac Watts, the famous English hymn writer, wrote so well in the immortal hymn, "When I Survey the Wondrous Cross":

Were the whole realm of nature mine,
That were an offering far too small
Or, as the godly Augustus Toplady penned in his famous hymn, "Rock of Ages":

Not the labor of my hands
Can fulfill Thy law’s demands;
Could my zeal no respite know,
Could my tears forever flow,
All for sin could not atone;
Thou must save, and Thou alone.
Let it be known that those who would preach that the forgiveness of sins is conditional upon the moral worthiness and merit of men cheapen the grace of God and treat with contempt the precious sacrifice of the Lord Jesus Christ who shed His sinless blood to satisfy the divine legal demands of a Holy and Righteous God. Do they presume to accuse Christians of cheapening God's gift because Christians agree with God that the blood of Christ is the one perfect and sufficient price of redemption, while all along they assert that the eternal sacrifice of God was not enough to complete the payment; that our imperfect works must be added to make it complete? Madness! In truth, they are the ones who are guilty of preaching 'cheap grace', by relegating the divine requirement down to the wanting realm of human power and facility. God forbid! That alone which is incorruptible, uncontaminated, immutable, will suffice... nothing but the precious blood of the spotless Lamb who was slain from the foundation of the world!

And what, therefore, does the knowledge of such lavishing love do to the person who has been truly apprehended by its wonder? What is the consequence of grace? Carelessness? Slothfulness? Apathy? (As some would imagine!) Certainly not! The faith that is born of God casts its gaze upon the transforming vision of the risen Savior and immediately the soul is energized, instructed, and set in motion. There is no other response to the shedding abroad of the love of God in the heart than that which is produced by the glorious constraining power of that love (2 Corinthians 5:14-15); so that we, with Paul, can truly declare: "I am crucified with Christ: nevertheless I live; yet not I, but Christ liveth in me: and the life which I now live in the flesh I live by the faith of the Son of God, who loved me, and gave himself for me." (Galatians 2:20)

There is nothing cheap about the grace of God. It is only that which man invents and imposes in the name of God that finds itself out to be cheap and profane. You and I are tremendous sinners, and the penalty for sin is equally as tremendous. There is an infinite justice that seeks infinite satisfaction for an infinite crime, and God will not be satisfied with anything less than that which is eternally righteous. Who can redeem the soul? Who can pay so much? Nothing but the blood of Jesus. Such is the cost of grace. Dare we call it cheap?
Posted by Eli at 4:50 PM 3 comments:

The Law Established Through Faith 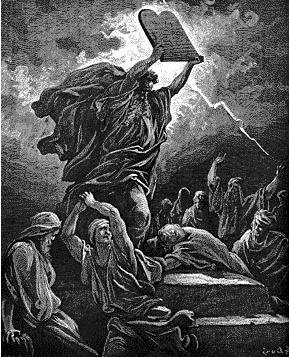 "Do we then make void the law through faith? God forbid: yea, we establish the law." - Romans 3:31

This message was preached on August 10, 2008 at the Evangelical Free Church in Logan, Utah, and addresses the charge of Antinomianism that has been leveled at the gospel for nearly two thousand years. To the carnal religious mind, the gospel is the height of offense and foolishness, and those who believe it are not only ridiculed, but put to death in the name of God. Antinomian means "against the law", but we will see that those who accuse Christians of being against the law of God, because they believe in justification by faith, are themselves the true Antinomians. Click below to listen:

Eli Brayley - The Law Established Through Faith
Posted by Eli at 10:57 AM 1 comment: