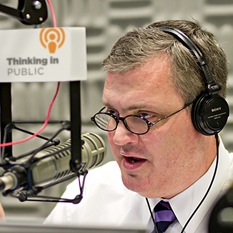 I encourage you to give this a listen. Al Mohler analyzes today's Supreme Court ruling: http://www.albertmohler.com/2015/06/26/the-briefing-special-edition-supreme-court-ruling-on-same-sex-marriage/.
Posted by Eli at 9:23 PM No comments:

Why is Outer Space So Big? 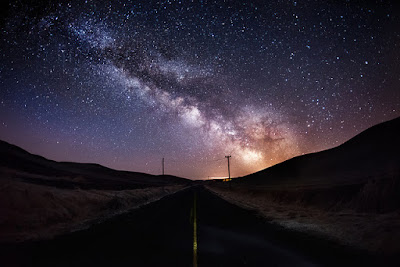 In the movie Contact (written by Carl Sagan) there's an idea that is repeated by different characters throughout the film. The film ends with Ellie, the main character, sharing this idea with a group of kids: "I'll tell you one thing about the universe, though," she says to them, "the universe is a pretty big place. It's bigger than anything anyone has ever dreamed of before. So if it's just us... seems like an awful waste of space. Right?"

The idea is simple: since the universe is so mind-blowingly enormous, it would seem that there would likely be other life forms somewhere else in it, otherwise what's the point of such a large universe? If we humans on planet earth were the only life in the universe, wouldn't that be a massive waste of space?

The Bible has a very different interpretation about the size of the universe. When Solomon was dedicating the temple of Jehovah in Jerusalem, he wondered aloud how absurd it was that God would dwell in a man-made house:

"But will God indeed dwell with mankind on earth? Behold, heaven and the highest heavens cannot contain You; how much less this house which I have built." (2 Chronicles 6:18)

When Solomon speaks of the "highest heavens" he is referring to outer space. Even Solomon didn't know just how big the universe really is (nor do we!), but still, in his mind, it was mind-blowingly enormous. Yet as enormous as the universe is, it cannot contain God any more than the puny house Solomon made for Him. When we consider the unfathomable size of the universe, we must realize that God--who made it--is unfathomably bigger.

The purpose of the size of the universe is to show us the sheer magnitude of God. Creation reveals God's eternal power and divinity (Romans 1:20). The heavens declare the glory of God (Psalms 19:1). The stars are but the work of His fingers and He knows them all by name (Psalms 8:3, 147:4, Isaiah 40:26). God made the universe so big so that we would be amazed at how incredibly big He is, in order to humble us, and enable us to trust in His power and wisdom.

The enormity of the universe shouldn't make us think that there must be life on other planets or else the universe is a huge waste of space. It should make us worship with awe Jehovah our Creator who is unspeakably glorious. That is not a waste of space.
Posted by Eli at 12:45 PM No comments: