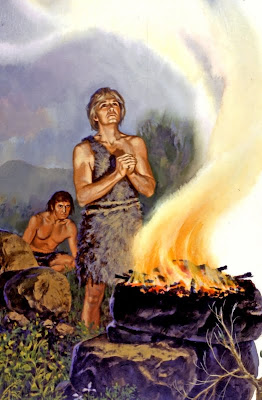 I really do empathize with your attempt to interpret the passage with an appeal to fruit. This is certainly the classic Protestant response to the subject, because no one would dare say that we are justified by works - rather, it is said, that works come as a result of our faith/justification. Works are fruit, it is said. But this still doesn't answer the real question at all; it just bumps it to the other side of the salvation equation. In this view, the fruit remains works nonetheless, and with works (wherever they may be posited) comes the inevitable question: how much works do you have to do? Instead of asking how many works does one have to do in order to be saved, the question is bumped to: how many works does one have to do in order to know that one is saved? Certainly, it is said, that to be saved we need not do any works. But how many works are necessary in order to prove that you are saved, or what quality of works must there be? This question (which is the real question) remains, and remains unanswered - at least in any satisfying way. I do not believe your appeal to fruit has answered it, nor has even attempted to do so.

We believe that the obvious answer to what John means by "doing righteousness" is believing the gospel, since the gospel is all about the revelation of righteousness through faith (Rom. 1:17, 3:21-22). The gospel reveals a radical new way of thinking about righteousness which ought to influence our thinking on the subject of righteousness wherever we find it in Scripture (though sadly many Christians fail to do so). It is not uncommon for the Scriptures to express simply believing in Christ for righteousness as "doing" something, even though it is not a work (compare Gen. 4:7, John 6:27-29, 8:39-40, 56, Acts 10:35, 16:30-31, Rom. 1:5, 2 Thess. 1:8, etc). After Cain's offering was rejected, God spoke to him saying, "If you do what is right, will you not be accepted?" (Gen. 4:7) What was it he should have done? He should have done righteousness, like Abel (see 1 John 3:12), who did not work but believed in God who justifies the ungodly through Christ. When we believe on Christ for our righteousness, we have done righteousness, for the righteousness of the law is fulfilled in us (Rom. 8:3-4) and established (Rom. 3:31) by faith in Him. If we don't believe in Him, no matter how hard we try to accomplish it, we fail to do righteousness and remain unrighteous (Rom. 9:30-31, 10:3). Thus the gospel reveals the only way of righteousness. This is what John means by "doing righteousness", and how "everyone who does righteousness is as righteous as He is righteous." We believe that John is aggressively evangelical. Why should we think about righteousness any other way than how the gospel has revealed it?

Regarding evidence of salvation, you are absolutely right that there "has to be a way of seeing Spirit-wrought fruit in your life without getting sucked into the works maelstrom". Amen. There is indeed real fruit that is borne by Christians which reveals whether or not they believe: this is, of course, whether or not they love the brethren. But in keeping with John, such fruit is an all-or-nothing affair. Either you love the brethren or you don't. There doesn't seem to be any shades of grey with John; the apples are perfect apples. It is not about whether you have a little murderousness or a lot of murderousness in you: there must not be any murderousness in you at all (3:15)! If even on one occasion you send a brother away hungry, how does the love of God dwell in you (3:17)? These certainly are extreme statements. John is in keeping with the standard test that Jesus laid down, and is in all likelihood echoing Him: "A good tree cannot bring forth evil fruit, neither can a corrupt tree bring forth good fruit." (Matt. 7:18) Notice the impossibility of bearing any bad fruit if you're a good tree, and vice versa.

The answer is wonderfully seen the moment we realize that John is talking about something very specific rather than something general. He narrows the test of love to concern only "the brethren" - that is, those who are righteous through faith - and points to the root of our actions. If I am like Cain, who despised his brother for being righteous through faith, then I am certainly not born of God. If I shut up my bowels of compassion toward a brother because he is a brother who is righteous through faith, the love of God is clearly not in me. John is not talking about what you do merely, but why you do what you do. 3:12-13 is the key: The test is explicit: we must not be "as Cain, who was of that wicked one, and slew his brother. And why did he slay him? Because his own works were evil and his brother's righteous. Marvel not, my brethren, if the world hates you." A true Christian will never hate someone for being righteous through faith. A Christian might sin against a brother for many other reasons, but never for this reason. The world, on the other hand, may be very compassionate for many reasons, but they will never love a brother for the reason that he is righteous through faith. The world doesn't just "hate" me; it hates me for one reason. They will "persecute you for righteousness sake" (Matt. 5:10). John is again echoing Jesus who said: "If you were of the world, the world would love his own." (John 15:19) Now we know that the world is not a utopia of love! Obviously Jesus is not talking about love in a general way but in a very specific way related to righteousness, and it is in this way that John also is talking about love for the brethren.

So there is a real evidence. The next time that you get angry at another Christian, ask yourself: am I angry at him because he is righteous through faith? If so, you cannot possibly be a believer. No, it was rather because he spilled the milk all over my new suit. Or the next time a non-Christian helps you fix your car, ask yourself: is he doing this for me because I am righteous through faith? No, that would make him upset. He's helping me out because I'm a fellow human being.

In this way, a true Christian loves the brethren. There is not an ounce of murderousness in a Christian toward those who are righteous through faith, and though a Christian might shut up his bowels of compassion toward a brother because he stole his iPhone, he will never do so because he is a brother who is righteous through faith. Rather, when he brings to remembrance that it is a brother whom Christ has received, it will fill the Christian with compassion. In this way you don't need to question whether you are a Christian or not every time you are impatient with your wife! When that happens, notice you are not seeing her through the eyes of Christ. We have found many passages in the New Testament open up since seeing this simple truth.

Seeing these things makes the glory of God in the face of Jesus Christ to shine a hundred times more brightly! It is not that we are seeing something new that no one else has seen before, for it is the simple gospel of grace that the Church knows very well. But it is that we are seeing the gospel in new places - in places that for many people are stumbling blocks to joy - in places like 1 John which have unfortunately been misunderstood and obscured.