Toward a Biblical Eschatology 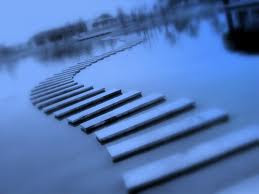 The following is a letter written to a Christian brother concerning premillennialism and the people of God.

Hey M---, I hope all is well with you too, brother. Love hearing from you!

What's interesting to me is that there is a current move in the amillennial camp away from older amillennialistic doctrine and a growing embrace of the notion that a mass conversion of Israel will occur at the end of the age. Of course there have been exceptions in the past, but it is interesting that this idea is gaining much popularity today. Even the forsaking of the term "Replacement" is a noteworthy evidence of this, whereas in times past it was a term that was used freely by amillennialists. So though it may have been used derogatorily by Dispensationalists, it certainly wasn't strictly a derogatory word (mind you, Supercessionists use the term "Dispensational" derogatorily as well!).

But the implications of this movement in the amillennial camp toward seeing a mass conversion of Israel is profound. If this be true, why? Does this mean that God's covenant with His original people still stands? Does this mean that unbelieving Israel still has a part to play in God's redemptive plan? If so, why should we stop only with the conversion of the Jews? Why not embrace the full covenantal promise of the land of Israel and the kingdom of David? It seems to me that such a movement is arbitrarily stopping short of believing in the fulfillment of all the promises of God to Israel. If you concede the one, why not concede them all? They are likewise promised. Such a concession in the amillennial camp is in my estimation a huge leap towards premillennialism, even if at this time they don't see it. Many amillennialists today are even believing in the restoration of this very earth and in the earthly kingly rule of Jesus Christ on it. But why not believe in the earthly kingly rule of Jesus on this earth in Israel? Stopping short of this seems arbitrary and unexegetical.

If the argument of Gal. 3:28 is given, then premillennialists can give a perfectly reasonable answer: there exists in Christ diversity in unity. Just like the Trinity and just like a family, there is diversity, even priority, but this diversity in no way destroys the oneness of the unity. If there is no more male and female in Christ, why do we still acknowledge maleness and femaleness in our Christian communities? Because there still exists male and female diversity! And therefore there still exists Jew and Gentile (as Paul himself owns: "I myself am a Jew"). The point of Galatians 3:28 and Ephesians 2 is that regarding our access to God through Christ there is no racial boundaries. "And that he might reconcile both unto God in one body by the cross, having slain the enmity thereby." (Eph. 2:16) Both Jew and Gentile are reconciled to God in one body: in Christ. That's the whole point. But the breakdown of diversity goes no further than this. God still sees the diversity of His creation even though when it comes to being reconciled to Himself in Christ Jesus there are no distinctions.

As you have well pointed out in Romans 11, there is only one people of God. The Church is Israel - Israel as Israel has always been with all her covenants and promises. There is not a new Israel; there is only the same old Israel that God has always known: but some of the natural branches have been cut off (Jews who haven't believed) and many wild branches have been grafted in (Gentiles who have believed). Israel is the same. It is essentially Jewish. It is still the nation that came from Abraham. All the covenants and promises are still true for her, only there has been a mysterious shifting around of her members. Though, as many amillennialists are seeing, God still has a purpose for those unbelieving Jews: He is able to graft them in again! How much more since they are natural branches! And He will indeed do so at the end of the age, when all the broken off branches will be brought back into Israel to be joined with the saved Gentiles and remnant of believing Jews that were not cut off; not two people but one. But as Gentiles are enjoying an unusual habitat in the tree, those Jews will be coming home.

You see, you don't need to be a Dispensationalist and believe in two peoples of God (banish that horrid thought!) to be a premillennialist, and you don't need to be an amillennial Supercessionist to believe in one people of God. Sadly, most people in both extreme camps don't know this. I am convinced that the view that I hold is both exegetically sound, reasonable and consistent with all the other doctrines that I believe. I am premillennial, and I believe in one people of God. On the contrary, I believe that to be Supercessionist is to be inconsistent with one's view of sovereign grace and with the tried and true method of Biblical interpretation. Why would the God who has always spoken clearly, who always finishes what He begins, who never revokes His gifts and callings, disannull His covenants and promises He made with the Jews? Because of their disobedience? No... that is not the God that we know.

Why should it be thought impossible or strange that God should raise the dead nation of Israel and fulfill His Abrahamic/Davidic covenant with them in time and space on this very earth? What amazing public glory it shall be when the Lord Jesus Christ returns in full vision to the whole earth to fulfill the promises made to the fathers. Glory! Count me in!

Love you dearly my brother,
Yours,
-Eli
Posted by Eli at 2:05 PM

The two covenants (O.T. and N.T) existed simultaneously for the approximately 40 year period between the beginning of Christ's ministry and the destruction of the second temple 70 A.D., when physical Israel suffered the punishment for all the blood shed of the prophets they murdered including Christ. Either the two covenants still exist (physical and spiritual Israel) or not. If not, and they do not, then there is no physical Israel now nor ever again.

The Parousia by James Stuart Russel, written 1875 (he received his M.D. at age 18), is a good primer supporting the fast growing view that Christ's one and only "second coming" indeed did already occur in 70 A.D., exactly when Christ and the apostles all taught.

Page 385 of The Essential C.S. Lewis: "Say what you like," we shall be told, "the apocalyptic beliefs of the first Christians have been proved to be false. It is clear from the New Testament that they all expected the Second Coming in their own lifetime. And, worse still, they had a reason, and one which you will find very embarrassing. Their Master had told them so. He shared, and indeed created, their delusion. He said in so many words, 'this generation shall not pass till all these things be done.' And he was wrong. He clearly knew no more abou the end of the world than anyone else." It is certainly the most embarrassing verse in the Bible.

My friend and author of Behind The Veil Of Moses, Brian Martin, wrote about the above Lewis quote: "If Jesus was wrong about the "end of the world,", He could have also been wrong about the dn of sin and our salvation-a very scary proposition! Furthermore, those who make statements like this put themselves (perhaps unknowingly) in a position of knowing more than Christ (or the apostles) knew. I prefer to be embarrassed about what C.S. Lewis said than about what Christ said.

Yes, I believe the Old and the New Covenants still both exist today, for the Old Covenant is expressly the Law given at Sinai, or the Sinaitic covenant, and anyone who is no yet in Christ and under the grace of the New Covenant is subject still to the curse of the law (Gal. 3:10, 5:3). If only the New covenant existed then no one who really need to be saved.

Of course I agree with you that Jesus was not wrong. Lewis was not a theologian. I, and many thousands of interpreters like me, simply disagree with you on your understanding of "this generation" in Matt. 24:34. Could it not be that there is another possible explanation of it? Of course there is. The word has can obviously mean more than time.

I understand your position and will never believe that the second coming of Christ was fulfilled in 70 AD. There are far too many glaring problems with that. You may think there are problems with my view, but you cannot say that yours is problem free; and when you weigh it all in the balances, Preterism cannot stand against the test of scrutiny, nor the historic Christian belief in the future second coming and millennial kingdom of the Jesus Christ. But I am perfectly satisfied that every attempt to tear down the truth about the yet future second coming has been sufficiently answered.

I think a practical question regarding one's eschatology would be: does my view of the end times produce in me love for the brethren, love for the lost, and love for the Jew? I shall let the history of the fruit of these two eschatologies decide.