Modernism, Postmodernism and the Need of Our Hour 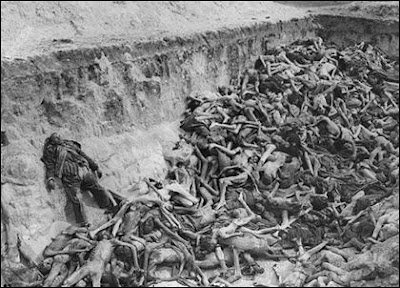 In the 18th century, the world experienced a subtle shift in its course through a rather misleading period labeled "the Age of Enlightenment". The so-called "Enlightenment" saw the rise of political and social optimism founded upon a promising new consideration that "reason" and "logic" were the ultimate basis of authority and knowledge. This period could also be characterized as the "Age of Reason", as men began to discard the transcendent authority of God, or the gods, for "a more civilized" and modern way of interpreting life. In retrospect, the foundation of Modernism, which was once thought infallible, could not have proved more destructive. Thus Modernism, which followed on the heels of the "Enlightenment" and extended into the early part of the 20th century, has degenerated into its mutilated and reprobate form, Postmodernism, which is where we are today.

"If any man think that he knoweth any thing, he knoweth nothing yet as he ought to know." (1 Corinthians 8:2) Modernism inevitably leads to Postmodernism. While Modernism gloats that "everything can be known by reason", Postmodernism answers in exhausted defeat, "I don't know, and nobody can know." It only took the world approximately 200 years to discover that by reason alone, and without God, knowledge is an impossible vapor to grab. The pursuit of truth, devoid of God, is a hopeless venture. It was Solomon who wrote, "I gave my heart to seek and search out by wisdom concerning all things that are done under heaven... and, behold, all is vanity and vexation of spirit." (Ecclesiastes 1:13,14) "Vanity of vanities" was his final conclusion for those who would know truth apart from God, or as he put it, "under the sun." Unless there is an absolute reference-point for knowledge and truth, there can be no basis for knowledge or truth upon which man can build. Without God, anything goes. It was only a matter of time until men realized they could not retain truth without first retaining the preeminence of God, but rather than return to God, men have opted for insanity.

"The fear of the LORD is the beginning of knowledge, but fools despise wisdom and instruction." (Proverbs 1:7) Today, people are swimming in non-truth because of the devastating effect of Modernism: mankind's attempt to run away from God and exist self-sufficiently. It was Nietzsche who said, "God is dead", but he couldn't be further from the truth! It is man who is truly dead: we are dead spiritually, we are dead morally, we are dead mentally, we are going to die physically, and it is God alone Who can give man the Life that he so desperately needs and desires. Why does man not come to God, the Source and Giver of Life? It is because of his miserable sinfulness and wretched pride! Has the world actually improved since it has been, so-called, "Enlightened"? In the 20th century the world witnessed horrors that have eclipsed all previous horrors since ever there was a history recorded. Our Postmodern society has produced child killers and killer children who cannot think rationally because there's no one to tell them that bringing a gun to school and shooting your classmates is wrong. Since the "Age of Reason", there have been an estimated 47,241,423 million abortions in the United States of America alone. Have we eliminated war? Have we decreased crime? Are we more peaceful? Are we more content? Are we happier people? Most assuredly not. I am not suggesting that the earth was not sinful in the past, but that the modern world has not improved it, and has only made it worse. Evil is more sophisticated, and by denying God, has every place to hide. Unless we return to God with earnest confession and repentance, the destructive results of Modernism will continue to leaven the earth until it is thoroughly overtaken.

There is indeed a true enlightenment. Jesus Christ said of Himself, "I am the light of the world: he that followeth me shall not walk in darkness, but shall have the light of life." (John 8:12) The man who knows Christ is the truly enlightened man: he is no longer 'in the dark' about who he is and what life is all about. The knowledge of God has given him clear understanding, and he knows the truth, and the truth has set him free. Such knowledge does not come through mere reason, but by the revelation of the Spirit. "That the God of our Lord Jesus Christ, the Father of glory, may give unto you the spirit of wisdom and revelation in the knowledge of him: the eyes of your understanding being enlightened; that ye may know what is the hope of his calling." (Ephesians 1:17-18)

It is the Spirit of God that convinces the world of sin, righteousness and judgment. (John 16:8) "Ye were illuminated." (Hebrews 10:32) The first thing a man realizes when he is illuminated is that God is a Holy God, and he, as a sinful man, is the utter opposite of that. A true knowledge of sin comes from a true knowledge of God, because in seeing who He is, we see who we are. We see our tremendous need for atonement; our sheer incapability of approaching Him "Who only hath immortality, dwelling in the light which no man can approach unto; whom no man hath seen, nor can see." (1 Timothy 6:16) Only the Spirit can produce such a vision as this.

The second thing a man sees when he is enlightened is the unfathomable love of God. God's love cannot be measured with carnal instrumentation. It has no comparison: "For scarcely for a righteous man will one die: yet peradventure for a good man some would even dare to die. But God commendeth his love toward us, in that, while we were yet sinners, Christ died for us." (Romans 5:7-8) God does not love men for what they can give back to Him. Christ died for the ungodly who deserved nothing less than justice, and He gave His own life that those who were dead might receive His life. This is the decisive point of transformation. A man without Christ is dead in his sins, but a man in whom Christ lives is a new creation, alive and safe in the arms of God!

The tendency of Christians in our day is to water down the truth of God and tread around the real issue because we are afraid of what a Postmodern society would think if we preached the Word of God with authority and certainty as Jesus did. The world says that there is no truth; Jesus said that He was the Truth. We are trying to merge Christianity and the philosophical thinking (or non-thinking) of our day. Impossible! They are antithetical and cannot be reconciled.

The greatest need of our hour is for Christian men and women, who have truly been enlightened by the light of the Gospel, to stand up courageously and proclaim the truth to a world that is lost in vanity. Postmodernism is essentially creating an inward vacuum that people are filling up with anything and everything they can lay their hands upon: sex, violence, money, power... There has never been a more perfect time to speak the Word of life in due season. Yes, the world will hate us for it, just as they hated the Lord, but can we love them the way that He loved them, enduring the reproach and shame for their sakes? Let us be brave and obedient to God. Let us love the world as Jesus loved it and give ourselves for the glory of God.
Posted by Eli at 3:34 PM

Hi Eli
An excellent word, well spoken Brother! Our prayers are with you.
Blessings!
Gramp

AMEN I pray that the Holy Spirit sharply convicts our pulpits of their apathy and leads many to repent and begin to attack the world and its sinful ways as you have done brother Eli.

Brother Jamer you are Eli's grandfather? And that is your lovely wife? I will check your blog soon.....

God bless you and the brethren in New Brunswick, muchlove to the whole Maritimes - the Rock, Scotia, Brunswick, and all Prince Edward Islanders.........

No, he's my grampa (Micah Peterson born to David Peterson and Rhonda Jamer), but he started an online bible study for all us younguns from the NB area (and where we go about the world) and Eli was a part of it. Grampa is kind of like a gramp for all of us Christian younguns! Micah

Eli, I didn't get to read it all, but there is such a need for truth!! The capital L liberals are going to put us all in jail soon for thinking something is right! Keep preaching! Micah

The only part of substance with which I disagree is that we have fallen into moral decay.

It's hard to measure moral decay anyway. I'm inclined to say that, on balance, we've progressed, but admittedly it's subjective.

Putting the blame of school shootings on secularism, though...that's pretty absurd. Beyond being just offensive, it's misleading. School violence has markedly declined in recent decades--and it has nothing to do with people finding Jesus.

It is also worth noting that the most atheistic societies, like the Scandinavian countries, are among the best places to live--low crime, high living standards, etc.

That isn't necessarily due to secularism, of course, but it does seem to undermine your point that we are woefully lost with the Christian God.

More fundamentally, are you really concerned about the world going to hell in a handbasket? Afterall, isn't our sorry situation expediting Christ's glorious return?

Meh. An enjoyable read all the same.

Amen! Eli: God never changes and his word will live forever. No wonder God's word says in 1 Corinthians 1:20 (part'l) hath not God made foolish the wisdom of this world?

A decent message, but your view on christian philosophy is misguided: "antithetical and cannot be reconciled?". Familiarize yourself with christian philosophers such as Alvin Plantinga, William Lane Craig, and Paul Tillich; and you might get a better sense of what the christian men in this field are achieving.

The problem is with "the philosophical thinking (or non-thinking) of our day"; that degenerate post-modern philosophy that says there is no truth nor place for reason.

I agree with Luther who said, "Faith enlightens reason." But reason does not enlighten faith. That takes revelation.