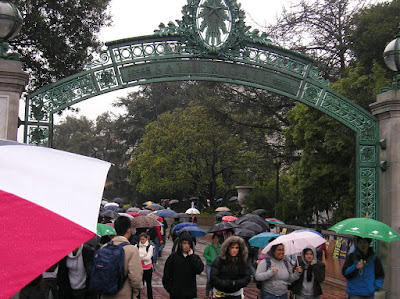 Cal. Berkeley has a famous history of being one of the most liberal and controversial schools in the country, harboring both the Black Panthers and the Hell's Angels during the anti-war years of the 1960's and 70's. Also famous at Berkeley was a dear brother named Hubert Lindsey, who during those turbulent years preached every day in front of Sproul Hall by Sather Gate in the middle of campus. Hubert received over 100 beatings his first year of preaching, and eventually went blind because of them. The Lord supernaturally healed brother Hubert and he continued to preach faithfully to the roughest bunch of people in the whole country. He was stabbed and shot and beaten near to death, but the testimony students remember of him was that he loved them with the love of Christ despite all of it. Hubert eventually went blind again but continued to preach, and so many people were saved because of him that he is considered the father of the Jesus Movement. Billy Graham was also saved because of the preaching of brother Hubert. For more on brother Lindsey, click here. 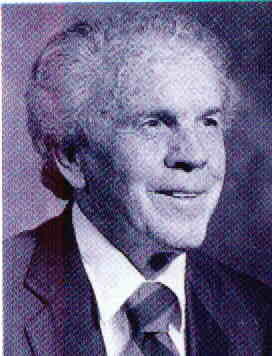 Therefore it was great honor for us to preach at Berkeley in the place where Hubert preached. The day we arrived it was pouring rain, but regardless, we still were able to draw a crowd and have one of the best meetings we've seen so far. The whole day students were civil, had great questions, and were interested in hearing what we had to say. Many of them stayed for hours and hours. 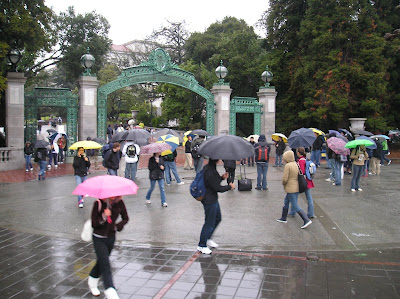 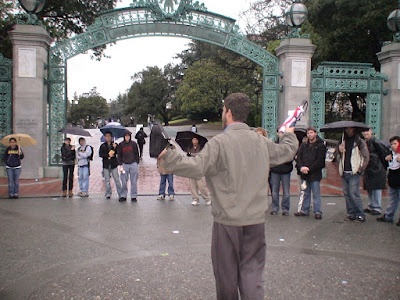 We probably covered every topic under the sun with these students! One lady came up to us during the meeting and said, "You guys have revived my faith." Another young man took a Bible and left, but later came back and gave Evan a great big hug! Two Muslim students stepped into the middle of the crowd and objected to the preaching of Christ, but it wasn't long at all before the truth of the matter became clear and even they conceded when I preached about the folly of Muhammad and the divinity of Jesus! Throughout the whole day we saw many mouths stopped before the perfect wisdom of God. "Now we know that what things soever the law saith, it saith to them who are under the law: that every mouth may be stopped, and all the world may become guilty before God." (Romans 3:19) Glory to God!

Here is a video available from Cal. Berkeley. Click below:

I thank God for the fruit we've been seeing already this semester. Our sincere desire is to see the pure gospel of Jesus Christ preached on every campus we go to, and to see many souls reconciled to God through the precious blood of Christ. Please continue to pray for us as we carry out the great commission. Thank you to all for your dear prayers and support. May God bless you.

Yours in service to Christ,
-Eli 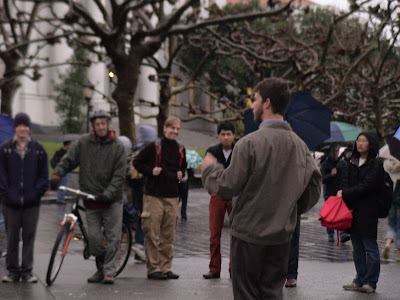 That's wonderful Eli! We will continue to keep praying for you! Thanks for the words about Hubert, I didn't know that! Micah

Now THAT is good news, brother. Thanks for the info on Hubert, I didn't know that he went through all that in preaching the gospel to students at the school. I guess if you ever do have to go through that kind of suffering, it is best to go thru it for Christ. You are constantly in prayer, Eli, and God has led you to great things, but I believe He has even better in store for you and your team.
God Bless
Justin
PS Read Ephesians 1:15-19

Bless God! Very encourgaing and exciting....I read online that brother Hubert is living in a retirement home in North Caroline (I believe) You and the team should try to visit him when you go back to the East Coast and get some pictures, that would bless his soul and yours.

Keep the faith brother Eli, we are praying for the Gospel to be received - as well as for Evan, Miles, and yourself